Experience autumn, the deepening of good appetites and art, at SUIGIAN! 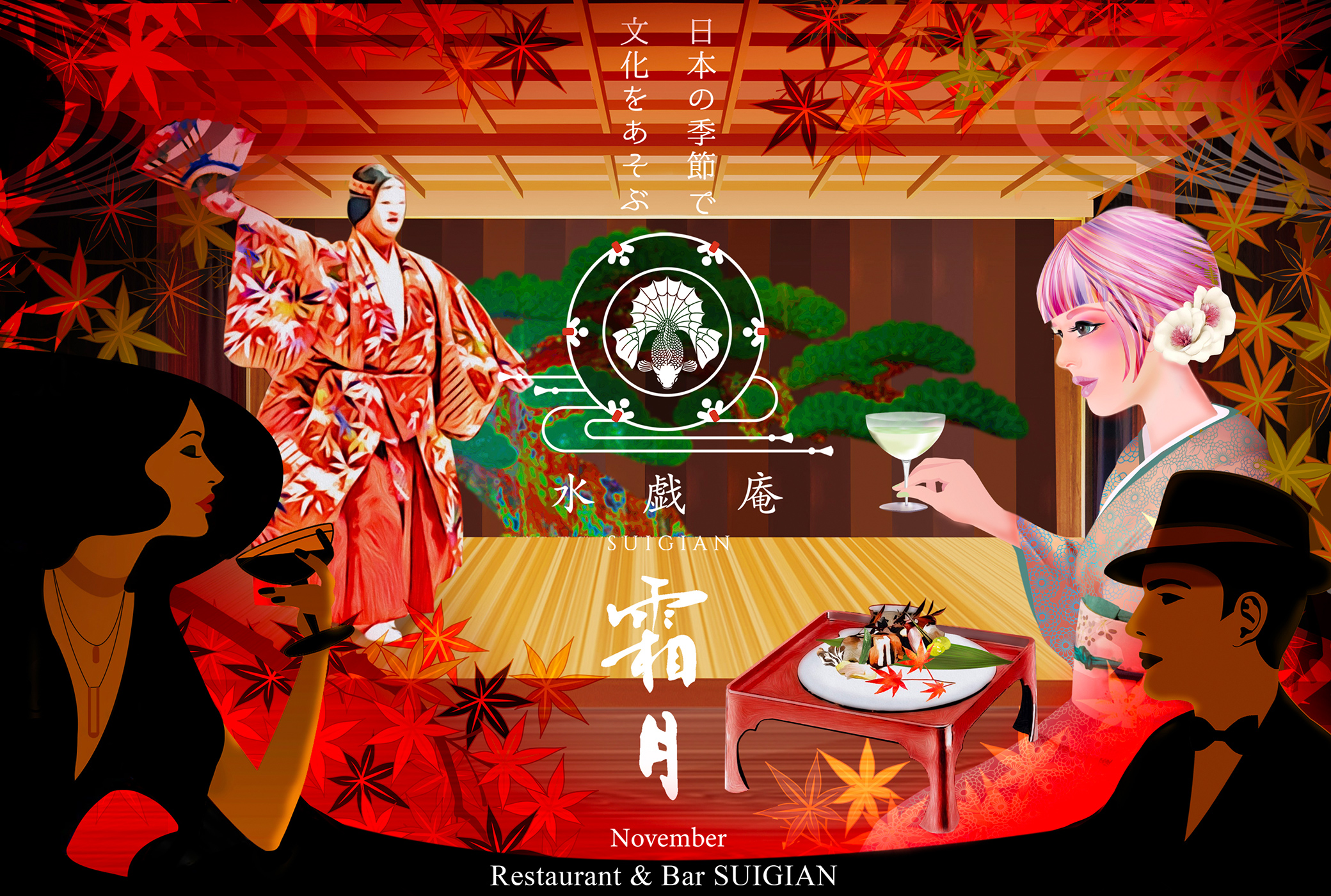 Beginning today is the month of November, "Shimotsuki".
It is a season during which we sense the many deepening experiences of autumn, and when our sensibilities become rich and amplified. It is also a season when food becomes plentiful, making each day a joy, simply to think about what kinds of cuisine we can prepare and serve to our guests.

According to "the 24 seasons and 72 micro-seasons," "Shimotsuki" contains Sōkō (Frost's Descent), Rittō (Beginning of winter), and Shōsetsu (Lesser snow), signifying that it is a season in which, just as we begin to see the maple trees and ivy transitioning to autumnal colors, we also experience the land beginning its winter freeze, set against a wintery, desolate backdrop.

As autumn transitions to winter, we look forward with heartfelt eagerness to your visit, ready to welcome and entertain our guests with Japanese culture and arts, together with cuisine prepared with ingredients at their seasonal peak, and served with the perfect accompaniment beverages.

Shimotsuki: Another name by which the month of November is known by, in Japan.
The name signifies that it is the season when cold frost become more frequent, and the deepening of winter. It also conveys that, while society has not yet begun the hustle and bustle that occurs in December, it is a month during which people can reflect deeply for days on end over the beginning of the cold, wintery season.