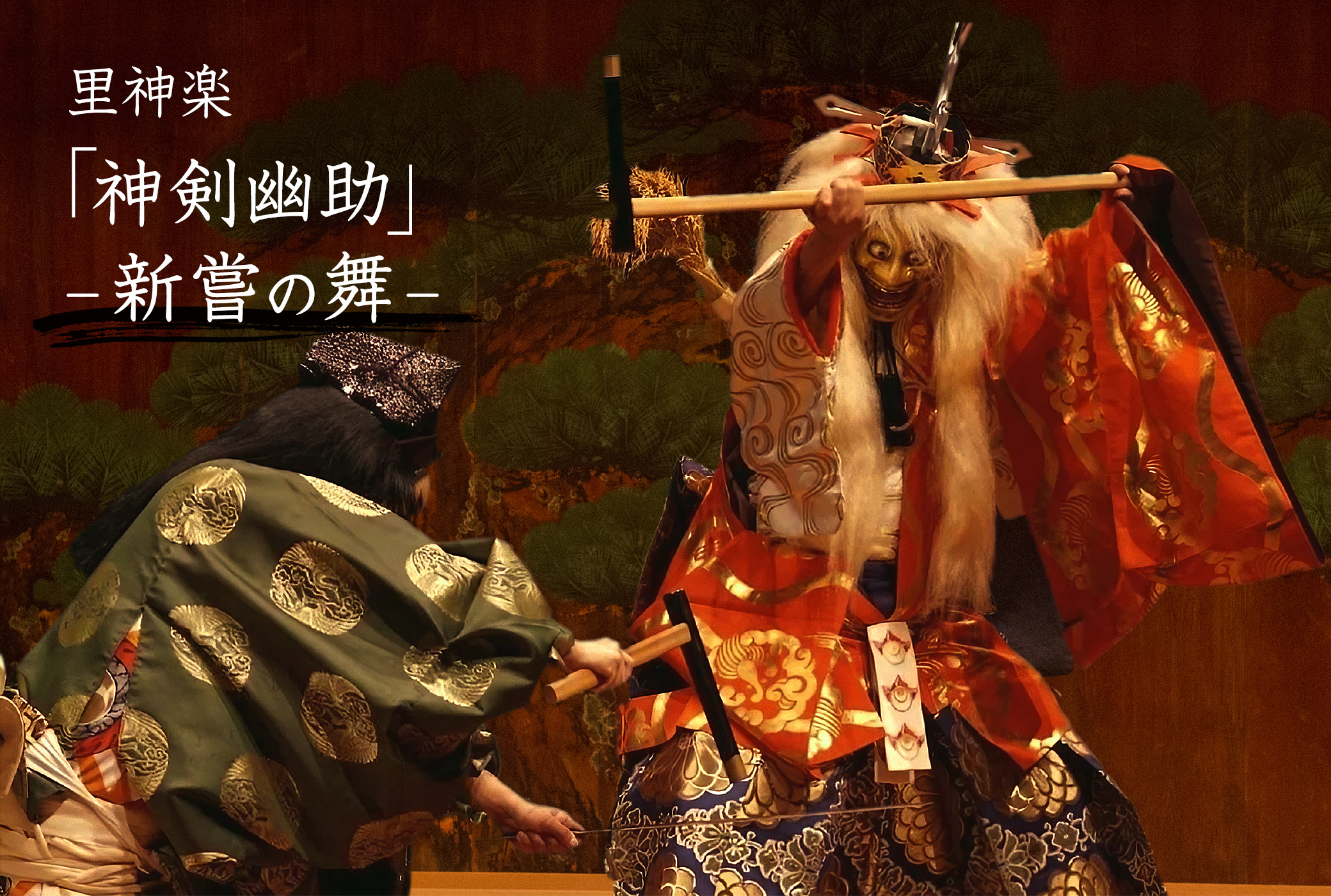 Most people think of November 23rd (Wednesday, a national holiday) as "Labor Thanksgiving Day," but at shrines all across Japan, there is a festival called "Niinamesai," which is celebrated in grand fashion.

In Japanese mythology, this festival is said to have originated when the "Amaterasu Omikami" devoured the first harvest of the season, while in the real world, since the Asuka period (592 - 710 A.D.), the "Niinamesai" has been celebrated in appreciation of bumper crops.

To commemorate this day, and to celebrate this most important and sacred festival date of "Niinamesai," SUIGIAN has invited the 10th Iemoto (Grand Master) of Ishiyama Shachu school to conduct a special performance of "Sato-Kagura 'Shinken-Yuujo' – Niiname no Mai –." Performing the "Niiname-Kagura" while holding ears of rice, this dance promises us all the hopes of perpetually abundant crops.

We have prepared for this event a limited edition prix-fixe menu, inspired by the theme of "Niinamesai," complete with a full selection of beverages, for your dining pleasure.
We invite you to spend this special moment with us, together with this performance and fine conversation, enjoyed with the freshest, in-season cuisine―an experience only we can offer.