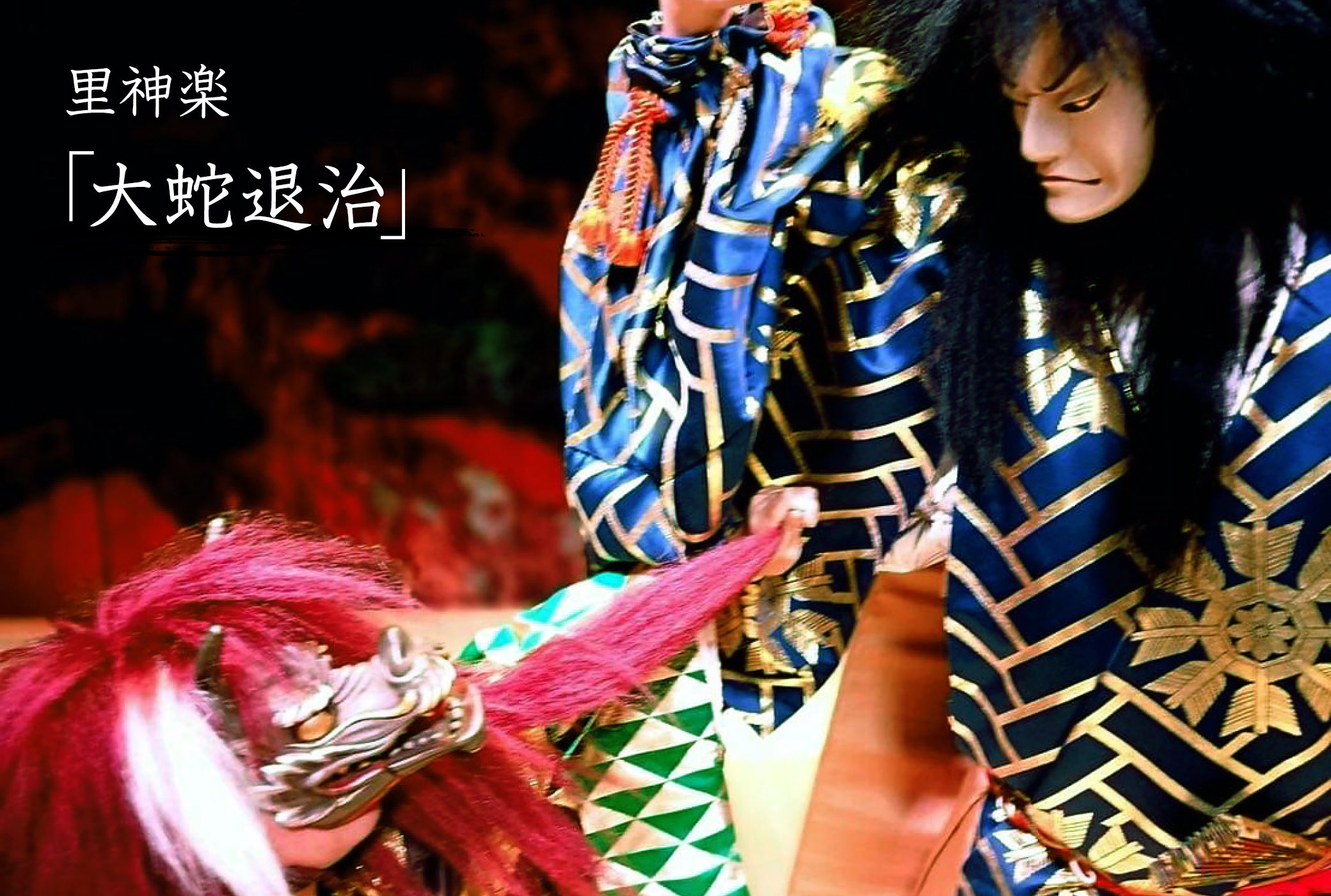 In ancient times, the regions now known as Tokyo and Saitama were part of "Musashi-no-kuni (Musashi Province)."

The shrine which held the highest ranking in Musashi Province was the Omiya Hikawa Shrine, which held the title of "Ichinomiya." The deity enshrined within is "Susanoo-no-mikoto."

Having angered "Amaterasu Omikami," "Susanoo-no-mikoto" was banished from Takamagahara (Plain of High Heaven), whereupon he descended on the land of Torigami in Izumo, and there, he triumphantly slew the monstrous Orochi by getting it drunk on "Yashioori no Sake." The legend of this deed of vanquishment became the story behind the origin of the first sake made in Japan, the aforementioned "Yashioori no Sake."

From within the Orochi's tail emerged a sword, which turned out to be one of the Three Sacred Treasures, the “Kusanagi no Tsurugi”, and the cries of triumph unleashed by "Susanoo-no-mikoto" are said to have become the first waka (Japanese poem), called "Yakumo tatsu."

This story of "Orochi Taiji" is said to be the origin of various episodes and heroic legendary tales. Let us celebrate the end of this year with a staging of the joyous "Kagura," performed by "Ishiyama Shachu," which originated from Hikawa Shrine, the source from which this story was derived.

We have prepared for this event a limited edition prix-fixe menu, inspired by the theme of "Orochi Taiji," complete with a full selection of beverages, for your dining pleasure. We eagerly await your visit to celebrate joyous day with delicious cuisine and entertainment.

* Kagura: sacred music and dancing performed at shrines.
* Musashi-no-kuni: The former name of the province which straddled the regions which comprise Tokyo Metropolis, Saitama Prefecture, and the eastern portion of Kanagawa Prefecture. It is also known as "Bushu."
* Susanoo-no-mikoto: One of the most famous gods to have appeared in Japanese mythology. Younger brother to the goddess of the sun, "Amaterasu Omikami," who is recognized as the ruling god of the Shinto religion.

This event ended on December 10th (Sat)
Thank you for coming