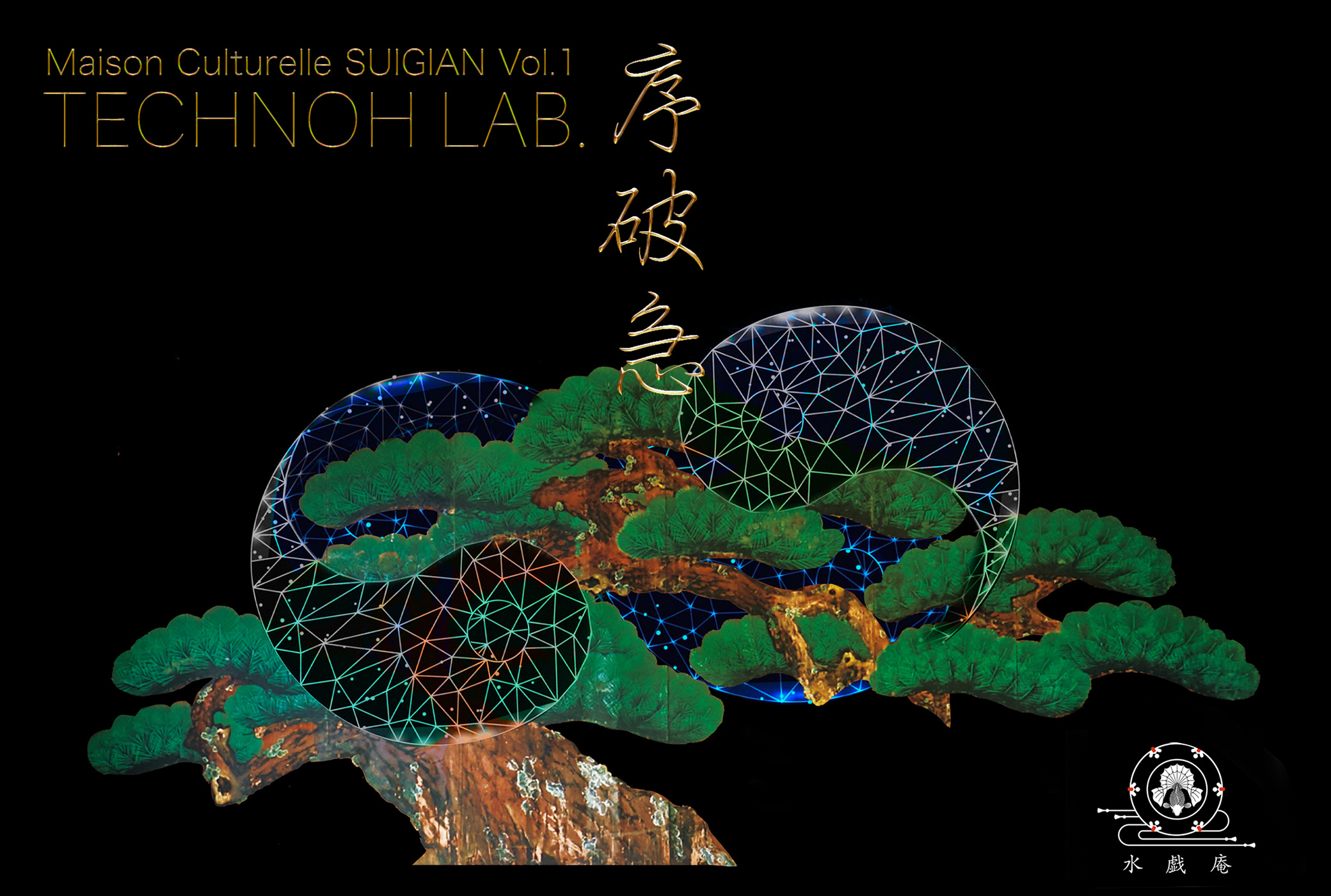 Although SUIGIAN has only ever allowed public performances of traditional performing arts, it is finally undertaking a fully fledged program which fuses the traditional with new art culture.
In this first installment, we offer a collaboration between two artists who represent the old and new of Japan: Manjiro Tatsumi, Noh master of the Hosho school of shite-kata and recipient of the Important Intangible Cultural Asset designation; and Ken Ishii, Eastern techno god and pioneer of the techno scene in Japan.

Set in SUIGIAN's space and using as its theme "Jo-Ha-Kyu," a temporal concept in ancient Eastern music established on the main points of Zeami's Geinoron, this collaboration of Japan's cutting edge music and its ancient Noh performance will offer a moment of "heart, technique, and body" which cannot be missed!

And for the third act, "Momokawa Geinagon," a female artist group which practices Japanese arts at the highest level, will collaborate with DJ Ken Ishii to bring you 3 rhythms which also express "Jo-Ha-Kyu."

SUIGIAN's culinary theme is playing with culture according to Japan's seasons.
Among "The 24 seasons and 72 micro-seasons," December 3rd is "Shōsetsu (Lesser snow)."
Enjoy the creative light dishes made using seasonal ingredients and drinks which SUIGIAN prides itself on.

Against the backdrop of an old pine tree painted by a Kanou painter of the Edo period, enjoy this fusion of a traditional Japanese Noh stage performance with cutting edge techno music, all while basking in SUIGIAN's excellent hospitality.

This event ended on December 3rd (Sat)
Thank you for coming