Begin your year at SUIGIAN! 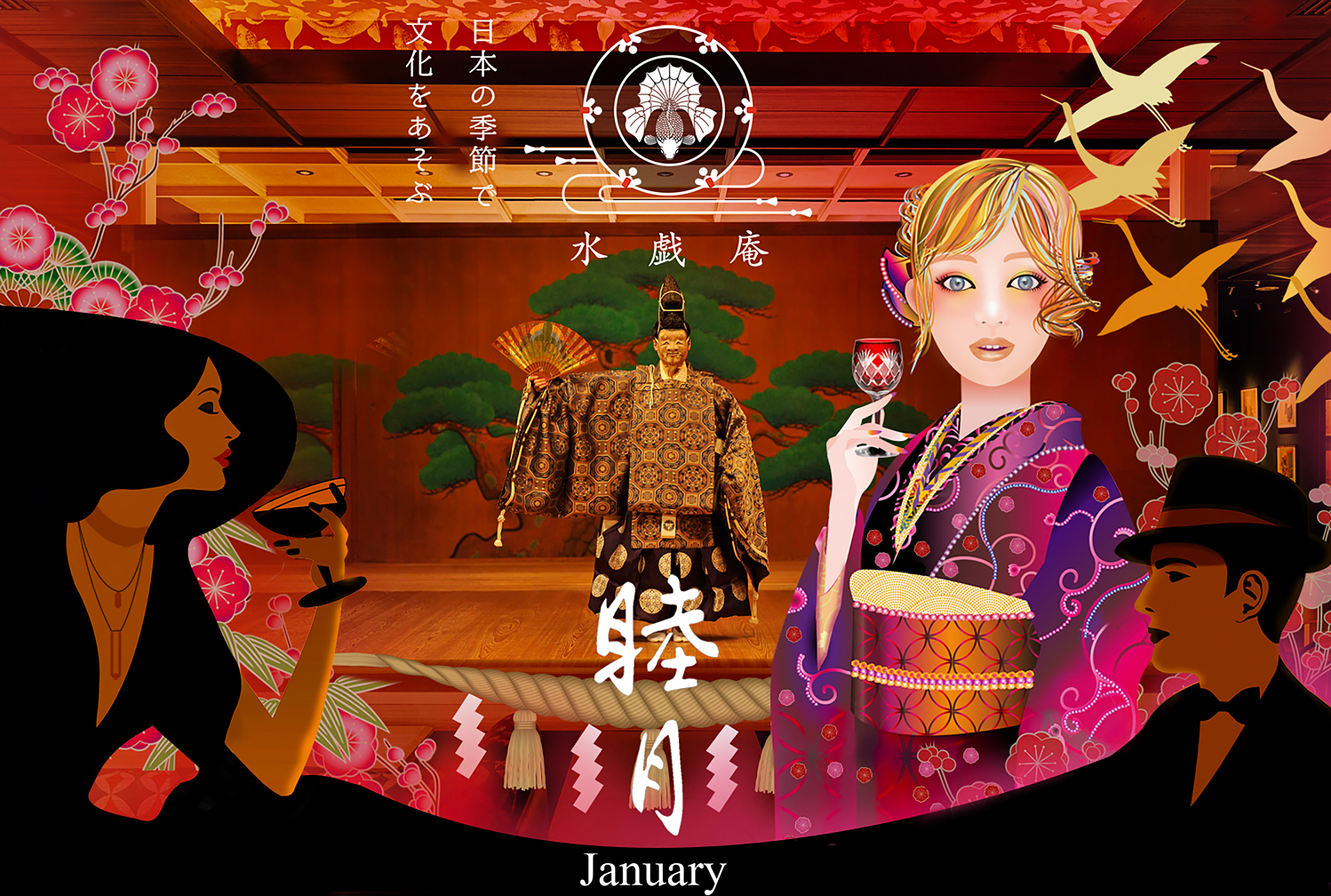 This month is January, "Mutsuki."
It goes without saying that it is the very first month of the year. In Japan, January is called "Mutsuki." Its etymology is likely to come from it being the month where friends and relatives pay mutual visits and are friendly and affectionate with each other, thus becoming the “harmonious month.”

How would you like to spend the new year at SUIGIAN, experiencing traditional Japanese culture while welcoming the year with your dear ones?
Savor cuisine abound in the “oshogatsu” new year spirit and spend the new year harmoniously with those accompanying you.

In the 24 seasons and 72 micro-seasons, "Mutsuki" is Tōji (Winter solstice), Shōkan (Lesser cold), Daikan (Greater cold), and is also the season when true winter’s cold calls. The period from Shōkan to Setsubun is called “Kan,” and the first day into Shōkan is also called the beginning of Kan ("cold"). According to the almanac, it is the season where the coldness of winter is the most severe.